We are pleased to announce that our new President is Mr Geoff. Trigg who also sings in our bass section. Geoff has served the choir in a number of capacities over many years including Musical Director and he was elected unanimously. Geoff has made the following comments:
‘It is a real honour to have been appointed President of the Choir whilst still able to assist our conductor in the learning of new pieces.
One of my primary aims will be to encourage the younger members of the choir to maintain their interest, since without young people the future of male voice choirs is bleak. 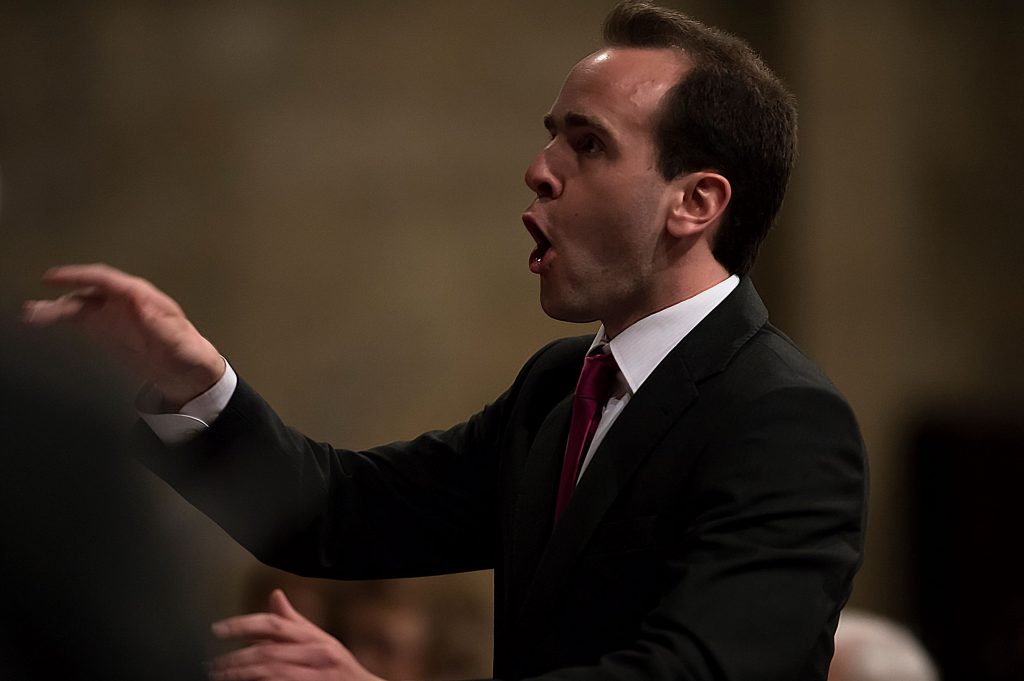 Elaine is the choir accompanist and has played for us for eight years. She is an accomplished musician, playing both the piano and viola and works as a peripatetic pianist in schools. Elaine lives in Horbury and loves baking, driving, walking and anything to do with music.
Her favourite song to play is ‘Going Home’ but when listening to the choir, enjoys the Russian Hymn, ‘Tibyeh Pieom’. As a dedicated musician Elaine plays for a small group of singers, a panto society, and an operatic/musical theatre group. As she says, she just loves music.
An important part of Elaine’s life is her family. She has two grown up sons, one grandson and one granddaughter, and loves to spend time with them whenever possible. 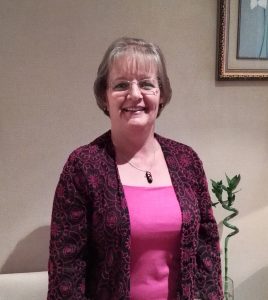 Born and raised in Southport, Lancashire, Mandy started piano lessons at the age of 6 years old.  Over the years she has played for ballet schools, a professional clown, various amateur dramatic groups and the Boys Brigade Bible Class where she met her husband, Mark, with whom she has two, now adult, children.
Resident in Sherburn-in-Elmet for the past 26 years, Mandy initially was a schools pianist and later taught the music curriculum at a Primary School in Leeds.  Since retiring, due to ill health, in 2014, she enjoys accompanying choirs, namely Featherstone MVC, the Fairburn Singers and Barnburgh MVC.  She is also the organist at Micklefield Church.

Featherstone Male Voice Choir is very lucky to be served by some excellent musicians. Many of our members play a musical instrument, even if only for their own pleasure. Although most of our members could not read music before they joined the choir, they support each other with new songs and soon become proficient – although modesty forbids them to say so!

Peter M.
Second Tenor and a founding member of FMVC
Retired NHS administrator.
My main hobby these days is organising group holidays but music has always been a large part of my life.  I love Choral singing and music in general.
FMVC Secretary for over thirty-five years

David B.
Second tenor
FMVC member for 40+ years
Hobbies: playing guitar, singing in a 60s band and painting in watercolour
I enjoy most of the songs we sing
Career: delivery driver and television extra
John B. B.
Second tenor
Joined FMVC in 2015 after more than 50 years with other male voice choirs
Favourite FMVC song so far : “Love, could I only tell thee”
Retired office clerk for an architectural ironmonger
2015 appearance at Royal Albert Hall will be fourth time with 3 different choirs.
Frank C.
Baritone
Member since 1996
I live in Brotherton and work as an electrician
Favourite choir song: ‘Ti-Byem Pieom’ and I’m pleased that my family always enjoy the concerts we give.
Hobbies include crown green bowls and pigeon keeping and racing.
Les C.
First Tenor
Member since 1974
Favourite choir song: Speed Your Journey
I don’t read music but am trying to learn the guitar
Hobbies: quizzes, snooker, dominoes
Retired bus conductor/driver.
Gary D.
Baritone – frequent soloist at concerts
Retired professional singer and actor, and for many years worked in theatres, hotels and cruise ships.
Dick D.
Second tenor
Retired Principal of an Arts and Community College
In addition to singing, my hobbies include writing books and short stories, golf and swimming.
My wife and I are ‘tea shop’ addicts.
Favourite choir song: ‘Speed Your Journey’.
Paul F.
Second Bass
FMVC member since 2009
No favourite FMVC song – likes them all
Hobbies: metal detecting, fishing and rugby league
Formerly a turbine blader and a site cabin equipment controller
Stephen F.
Second Tenor
Joined the choir in spring 2015
Favourite choir song so far: “Bring him home.”
Hobbies: volunteer at Nostell Priory, travelling and gardening
Alan G.
Second tenor
Member since 2013
Favourite FMVC song – The Rose, and many others
Hobbies: caravanning, fishing and gardening
Retired club steward
Brian G.
Member since 2012 but have sung in male voice choirs for over forty years.
First tenor and soloist.
Favourite FMVC song: ‘American Trilogy’.
Works manager for an electroplating company
Hobbies include, cooking, making wine and reading.
Bernard H.
Baritone
FMVC member since 2011
Favourite FMVC song: ‘With Cat Like Tread’
Hobbies: swimming, golf, water colour painting, keeping Koi Carp
Retired Human Resources Manager
Stan H.
Second tenor
FMVC member since 2011 – plays guitar, piano and ukulele for pleasure rather than performance
Favourite choir song – Take Me Home
Hobbies: long distance walking, gardening, Featherstone Rovers fan
Retired NHS driver
Dave J.
First tenor
Choir member since 2012
“I don’t have a favourite choir song since I enjoy all that we sing”
Hobbies: photography, walking and watching Featherstone Rovers
Retired glass production M/C operator
Brian M.
I am am looking forward the concert at Wakefield Cathedral with Grimethorpe Brass Band and the Royal Albert Hall concert in November.
Jack N.
First tenor and regular solost
Retired mechanical engineer
Joined FMVC in 2009, and couldn’t read music before I joined.
I have no favourite song from our repertoire.
I enjoy gardening and walking
David O.
Bass
Retired from LinPac Plastics
Music has been an important part of my life including playing the cornet in the Salvation Army Band, being a member of gospel and amateur dramatics groups.
Hobbies: I enjoy listening to choirs, brass bands and going to the theatre
Favourite choir song: ‘Morte Christe’
Barry O.
Baritone section
New FMVC member since 2013
Favourite FMVC song: ‘American Trilogy’
Hobbies include painting water colours, gardening and running  around after my granddaughter
Retired firefighter
Jeffrey P.
Second Bass
FMVC member since 2013 – also plays piano and guitar
Favourite choir song – Morte Christe
Hobbies: indoor bowls, watching cricket, rugby league and football
Retired NCB blacksmith
“Being in the choir has made life more interesting for me and for my family”
John P.
Second tenor
FMVC member sing 2003
I enjoy singing and could read music before I joined the choir, although I don’t play a musical instrument.
Favourite FMVC songs: ‘Bring him Home’ and ‘What would I do without my Music’.
Hobbies include caravanning, golf, fishing and walking.
Served in the REME for twelve years, then the T/A. Retired maintenance technician at LIN-PAC Plastics
James R.
First tenor
Joined the choir in 2001
My favourite choir song is ‘Bring him home’
I worked in heavy engineering and now enjoy reading, gardening and sightseeing.
David S.
Second tenor
Member since 1992
Retired school teacher
Hobbies: volunteer driver for the Yorkshire Ambulance Service and also sing in a mixed choir in Thorpe Hesley
My favourite FMVC song: ‘The Lost Chord’.
Other interests: walking and reading. For thirty-eight years I owned a caravan.
Harry T.
Baritone.
Joined the choir in early 2015
Favourite song so far: “Gonna Rise up Singing”
Retired accountant who likes golf, cooking and holidays.
Scott W.
Joined the choir after hearing them sing at a Christmas Concert with pupils from his daughter’s school. Hadn’t sung since his school days at Helford High in Cheshire, when he was a boy soprano – now he’s a bass!
Favourite choir song is ‘Roman War Song.’